Ex-president Bujar Nishani, literature researchers, authors, colleagues and high representative of
local government were present during the promotion of the autobiographical book of dr. Sali Kurti. 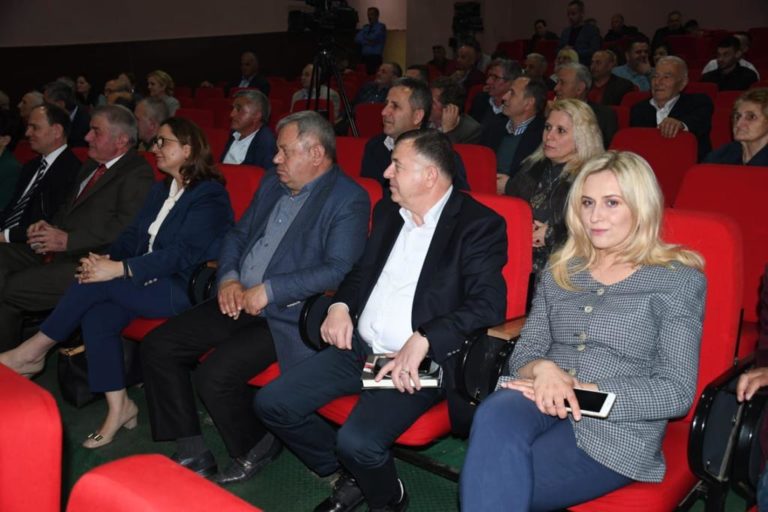 Friday 24 May, with the presence of many personalities was held the promotion of the book of the
well celebrated dentist Sali Kurti in the Palace of Culture Burrel. “A life serving people” is the edition
from which dr. Sali Kurti brought the essence of his life and career through his high artistic mastery.

The book is structured in 23 chapters. The opening chapter displays president’s words on the
occasion of according the title “Great Master” to dr. Sali Kurti, marking the most important peak of
his life. Afterwards, in a chronological form, the book presents the doctor’s most essential moments.
His sincere narration mirrors all details from his personal life, starting from extreme poverty,
adversities from one village to another in search of knowledge to death confrontation in an effort to
ensure money for education.

Albanian audience had a great interest on the book, likewise it was indicated by the positive
reactions and appraisals in the book’s promotion ceremony. 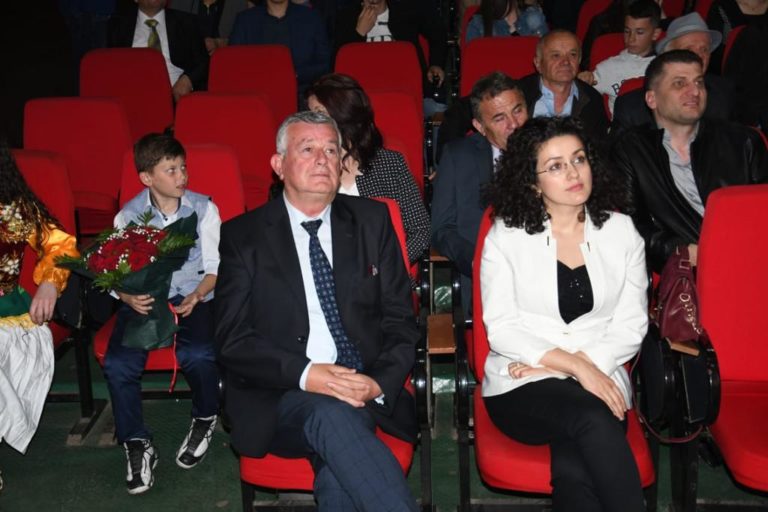 The opening speech was held by the Artists’ and Writers’ Club chairman, Mr. Hamdi Hysuka, who
after overviewing the number of works published by Mati’s citizens throughout the years, he praised
the contribution of dr. Sali Kurti, not only as a doctor, but as a writer as well.

The editor of the book, Dr. Jolanda Lila found it surprising the narrative form of the book, who in her
word emphasized: “A life serving people” is a very valuable book for today and for the future.
It’s much more than just an autobiographical book. There it encloses the life of generations who
lived under miserable conditions in our country during communism and in the period of transition as
well. The book consists of ethnocultural, historical, social evidence of hundreds and thousands
Albanians of this country”. 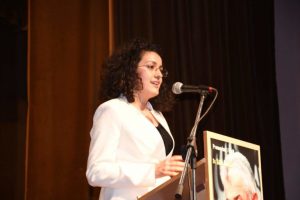 After the details on language and artistic properties distinguished by the
researcher Jolanda Lila, Behar Gjoka, researcher, took the word. He emphasized that writing an
autobiographical book is one of the most difficult things for exercised writers in this genre. He
expressed his appraisal to the author for his initiative and for the final result. Meanwhile he pointed
out the significance of such a work which witnesses the rapport between the individual and society
and individual and time.

The well-known intellectual Esat Ruka, doctor’s early friend, pointed at doctor’s notes kept from
time to time and through the analysis of some of the episodes he highlighted the humanism that
characterized throughout the years his friend Dr. Sali Kurti.

Then the ex-president took the word, who after emphasizing human and civilized values of Dr. Sali,
took time to discuss about the oak, which is one of the main symbols of the book. He compared the
importance of this book with this very symbol by highlighting its role as motivation and repose for
future generations. 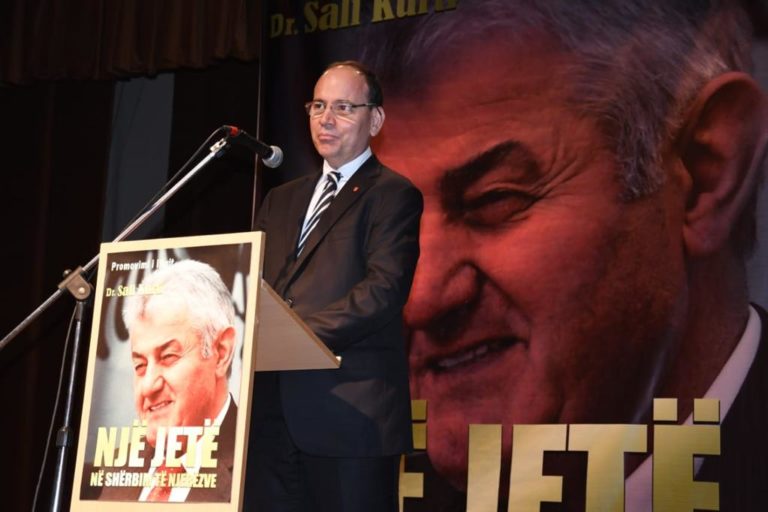 Dr. Sali Kurti, after expressing his gratitude and acknowledgements towards his family and guests,
he underlined the fact: “A person’s greatest success is when he feels himself beneficial to others. It’s
not about wat you have, it’s all about what we do with the things we have. That’s why I feel lucky for

having positively influenced on people’s lives. It’s not only hard word and reaching what you want.
What matters is that when we achieve something, we help another one raise just like us”. He
thanked the editor of the book, Dr. Jolanda Lila for the careful work on the linguistic aspects. 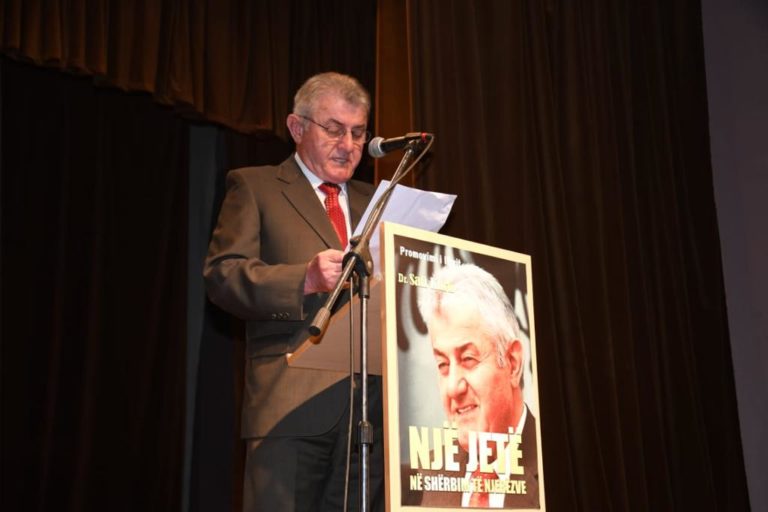 In the end, many other personalities among them the poet Basir Bushkashi, the journalist Faik Xhani,
the physician Qemal Ceni and the chairman of Confederation of Trade Union in Albania, Mr. Kolë
Nikolli, expressed their gratitude and impressions. 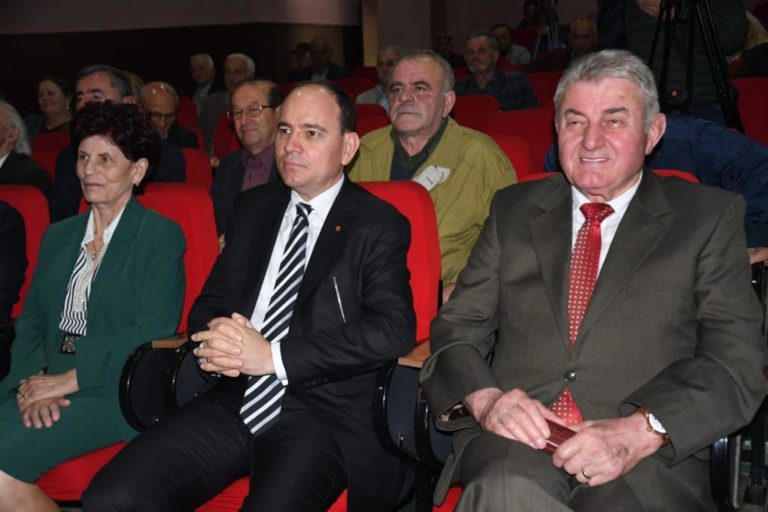 Festive atmosphere was conveyed also through the musical interpretations of the folk orchestral of
Mat. 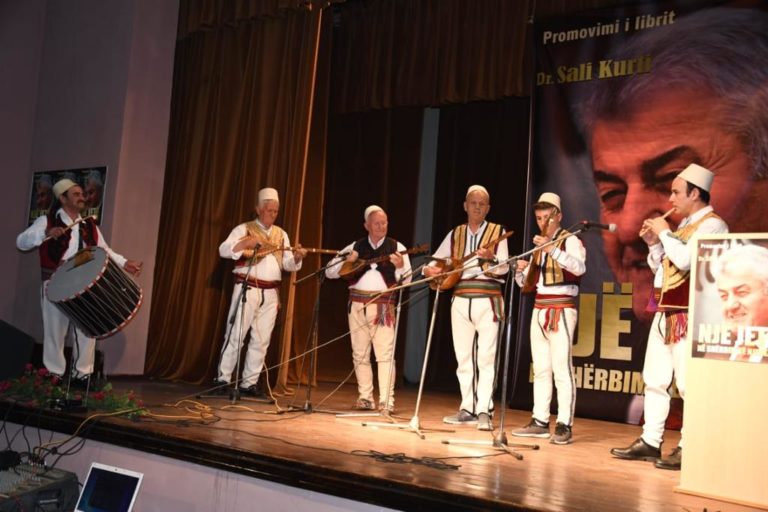 Appraisal for the dentist Sali Kurti

Appraisal for the dentist Sali Kurti

“A life serving to people” a biographical book by dr. Sali Kurti