Motivation/ “For the perennial contribution in the dental field provided with dedication, consciousness, professionalism in aid of Mati district’s people as well as for appraising his work in perfecting medical dental service”

President Bujar Nishani decorated Mr. Sali Kurti with the title “ Great Master” in May 18, 2017. The City Hall of Burrel honored him with the title “Honored Citizen” with the motivation “in service to people” in Mat and beyond. Completely deserved titles! The most special one is the proposal by the  Confederation of Trade Union in Albania that decorated Sali Isuf Kurti considered one of the most prominent personalities of Mat. He is an intellectual, master, golden hands, altruist, human, syndicalist supported by the Municipal Council and City Hall of Burrel. This means that Dr. Sali is respected and supported by the political factor in Mat.  Something of the kind was demonstrated in the ceremony taken place in Presidency where all local and political governors of Burrel and deputes of  the district of Dibra were present.

Dr. Sali Isuf Kurti is born on February 18 in 1946 in Karica, Mat. He completed his studies with very good results in the branch of Dentistry, Faculty of Medicine.

In 1979 he completed 1-year postgraduate course from where he got the title “Specialist in Prosthesis”.

In 1981 he was decorated by the Popular Assembly for good service to people. (rare stimulus given by that time).

In 1098 he was appointed as the Dental Service Director. He held this duty until 1993 when  dental service was privatized. Throughout his leading work he was estimated for his persistence to give a closer approach of the dental service to people. The duty was accomplished by providing with the service all Mat’s village centers, which at that time the administrative expansion was huge, from Martanesh to Milot and from Lura to Qafshtama.

He was appraised for research, diagnostics and  dental caries medication for all school children of Mat’s district by installing equipment and dental appliances 2 times a year.

In 1986 the dental clinic of Burrel, directed by Dr. Sali was decorated by the Popular Assembly “For good service to people”(decoration received only by this clinic in our country) 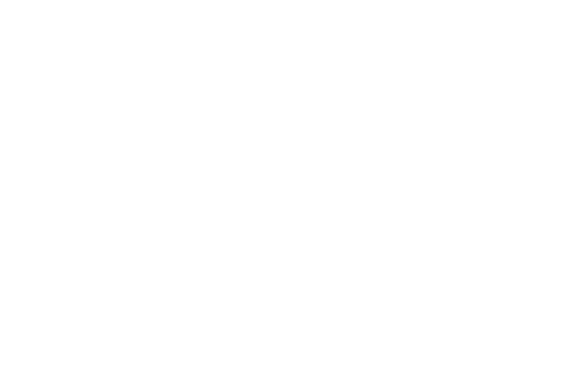 Observing all special achievements in the dental service of this district, Health Ministry at that time organized a scientific session in national level for dental problems. In this session Mat’s district was estimated as having the best dental service in all viewpoints nationally.

In 2007, the Municipality of Burrel praised Dr. Saliu honoring him with the title “Honorary Citizen” with the motivation “for good service to people” in the district of Mat and beyond.

He has been working as part-time lecturer for several years at Aldent University, Tirana. His work is highly appreciated by both the Rector and students of the university.

When the court decision issued, the Union of Dentists of Albania appointed him as vice president of this trade union.

He has participated and has been active in many national and international conferences in function of KSSH and Health Syndicate such as Croatia, Montenegro, Slovenia, Serbia, Macedonia, Bulgaria, etc. His approaches have been highly appreciated regarding o the organization and well-being of trade unions.

Since 1998 he has been managing the dental clinic in Tirana named by him as “Mat Dental”. He named it like this having in mind his ancestry and his dignified representation he has worked so far with dedication and professionalism to increase the self-worth and background.

At the awarding ceremony for the “Grand Master” title, Bujar Nishani as the President of the Republic stated:

“It is a great pleasure for me, as the President of the Republic, to organize this ceremony to appreciate the work of one of the distinguished personalities of our country, who in fact has excelled not only as a professional, not only as a top expert in his field as a dentist, but also in the human dimension.

The great intellectual and altruistic values ​​have been made Dr. Sali Kurti a friend, a well-respected doctor and humanist, loved and needed for the community, always helpful for the community and the country. Mr. Kurti has devoted his life to his profession, a honorable but a difficult one.

With a long career of nearly five decades, he became the model of a dedicated man, with his kindness and humanism.

He is one of the country’s excellent dentists who for years took care to practice the profession passionately, to carry out his mission. Above all the particularity of his work is simplicity and brilliant communication with people. He is ubiquitous and always ready to help others and thus enjoying the respect and gratitude of all as a master craftsman as well as a true friend of people.

He has also been the Dental Director of Mat district, thus helping in terms of management and public service with a clear vision to provide the best quality medical service.

The desire to be closer to patients made him to enhance the dental service at every center of Mat district, covering each and any inhabitant of the area. Thanks to high human values that characterize him, he took care to provide dental services to all schools in the area for all children.

His broad activity extends to research, academic and  scientific field as well. He has made a valuable contribution through sessions, conferences and scientific publications. He has given an invaluable contribution nationally and internationally. What has made him a well-celebrated lecturer is transferring knowledge to generations. I thank all of you for accepting my invitation to honor a successful journey, earned contributions and deserved ratings for a personality like Dr. Sali Kurti. In  this journey, an irreplaceable factor has been the support  from his family, his close friends, his beloved ones.

Apart from appreciation and gratitude, I want to express my best regards and gratitude for his family, relatives, beloved ones that have always been my encouragement, inspiration and support in this journey, which I believe it is successful. I want to express  institutional appreciation for his associates, friends, friends, colleagues. I strongly believe that all who have lived, known, worked, cooperated, and all who have benefited from the contribution of the doctor, of his human dimension does agree with me. In this ceremony, in the exercise of the institutional and state responsibilities and in the demonstration of the responsibilities of the state and society, I believe that we do nothing more than confirm the assessment that Dr. Kurti has long ago acquired from common people, citizens, the ones who have received his service and the human dimension of a great master. Today we say to him ‘ you are a master’!, a ‘great master’!, ‘may you have a long life full of success.

Sali Kurti: “I feel very emotional and appreciated for the title”

“I feel emotional, very appreciated that the President of the Republic accorded me this prestigious title “Great Master”. I want to share with all of you my joy, happiness and emotions. I thank President Nishani for the title, the estimation of my work and contribution. I want to thank Mati’s district and his mayor Mr. Nezir Rizvani, Municipal Council and its chairman Mr. Agim Hysa, Union Confederation and his president Mr. Kol Nikollaj, Dentists’ Union of Albania and its president Mr. Petrit Frangu. These were his words after receiving the title. As for his declaration on TV, he said to be very proud of being from Mati for the fact that this city educated him, raised him professionally and in other viewpoints as well. “Mati and its people are my idols, my life”, said Dr. Sali Kurti.

The book of Dr. Sali Kurti “A life serving to people” got promotedA good man like Sali Kurti

The book of Dr. Sali Kurti “A life serving to people” got promoted

“A life serving to people” a biographical book by dr. Sali Kurti